Get Comfortable With Looking Stupid as an Investor

Worldly wisdom teaches that it is better for reputation to fail conventionally than to succeed unconventionally. - John Maynard Keynes

A few weeks ago, I came across a video* about basketball legend Rick Barry who had a rather unorthodox way of shooting free throws. He shot them underhanded, or as we called them on the playground, "granny style."

As you might imagine, Barry got a few laughs and taunts from fans, competitors, and the media when he began shooting this way. He did look a little ridiculous, after all. 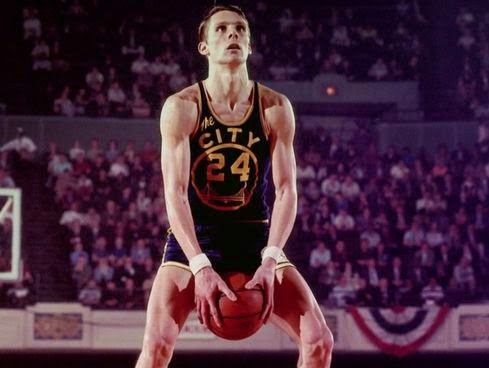 Barry got the last laugh, however, making 90% of his career free throws while the NBA average hovers around 75%. That may not sound like a huge difference, but over the course of a season and career, the difference adds up.

On the opposite end of the career free throw accuracy spectrum was Shaq, who made just 52% of his free throws over a 20 year career. At one point, Barry offered to teach Shaq how to shoot underhand, but Shaq flatly rejected the offer, saying: "I will shoot negative-30 percent before I shoot underhanded."

In other words, Shaq would've rather harmed his career and hurt his team -- and looked cool while doing it -- than look ridiculous and be a better teammate and player. He'd rather fail conventionally than succeed unconventionally.

This attitude is found in investing, too, as Howard Marks spells out in his most recent memo (a must read):

Making a big call in public view or in front of a smaller group of esteemed peers isn't easy and it's often safer for your reputation to make a less consequential bet. As Marks notes, though, this is a recipe for average returns.

Now, you don't necessarily need to make off-the-wall investment choices just for the sake of making them, but in order to achieve superior returns you do need to get comfortable with looking stupid every so often. In my experience, there is an inverse relationship between the praise you receive from an investment decision and your returns from that investment. No guts, no glory.

*H/t to Tadas at Abnormal Returns
Posted by Todd Wenning at 10:03 PM